Hamedine Kane, a Senegalese-Mauritanian artist and director, lives and works between Brussels and Dakar. In his work, the themes of borders and exile are intertwined with the past and the future, with memory and heritage, transgressing and irrigating the limits of space and time. He has participated in the Taipei and Casablanca Biennials and in various exhibitions as part of the Africa2020 season. His film La Maison Bleue, which had its world premiere at the IDFA in Amsterdam in November 2020, received a special mention from the jury. Stéphane Verlet-Bottéro is an artist, environmental engineer and independent curator. He lives and works between Paris and London. His work explores the political and ecological processes of singularisation and repair. He teaches at the École Centrale Paris. He is an associate curator of the NA Project fund and a researcher at Unbewitch Finance Lab. He has collaborated with ZKM (Karlsruhe), Taipei Fine Arts Museum (Taipei), Inland (Madrid), Institut Kunst (Basel), Technê Institute (Buffalo), Science Museum (London) and DOCUMENTA (13) (Kassel).

The School of Mutants is a collaborative art and research platform involving artists, artisans, activists, theorists, curators, initiated in Dakar in 2018. In the wake of Senegalese independence, a wave of alternative educational experiments emerged, mixing utopia, pan-Africanism and radical architecture. Mostly forgotten, these schools have followed one another according to the government, drawing a complex history where knowledge and power are intertwined in the search for decolonised futures. From the University of the African Future in Diamniadio, the thread of the investigation goes back to the ruins of the colonial school William Ponty via the former University of the Mutants on the island of Gorée. The transcultural action proposed with the Mutants' Charter questions with irony and poetry the heritage of these multiple pan-African futurisms. It is based on fieldwork and archival research that crystallized great political promises, third-world solidarity and post-colonial disenchantment. 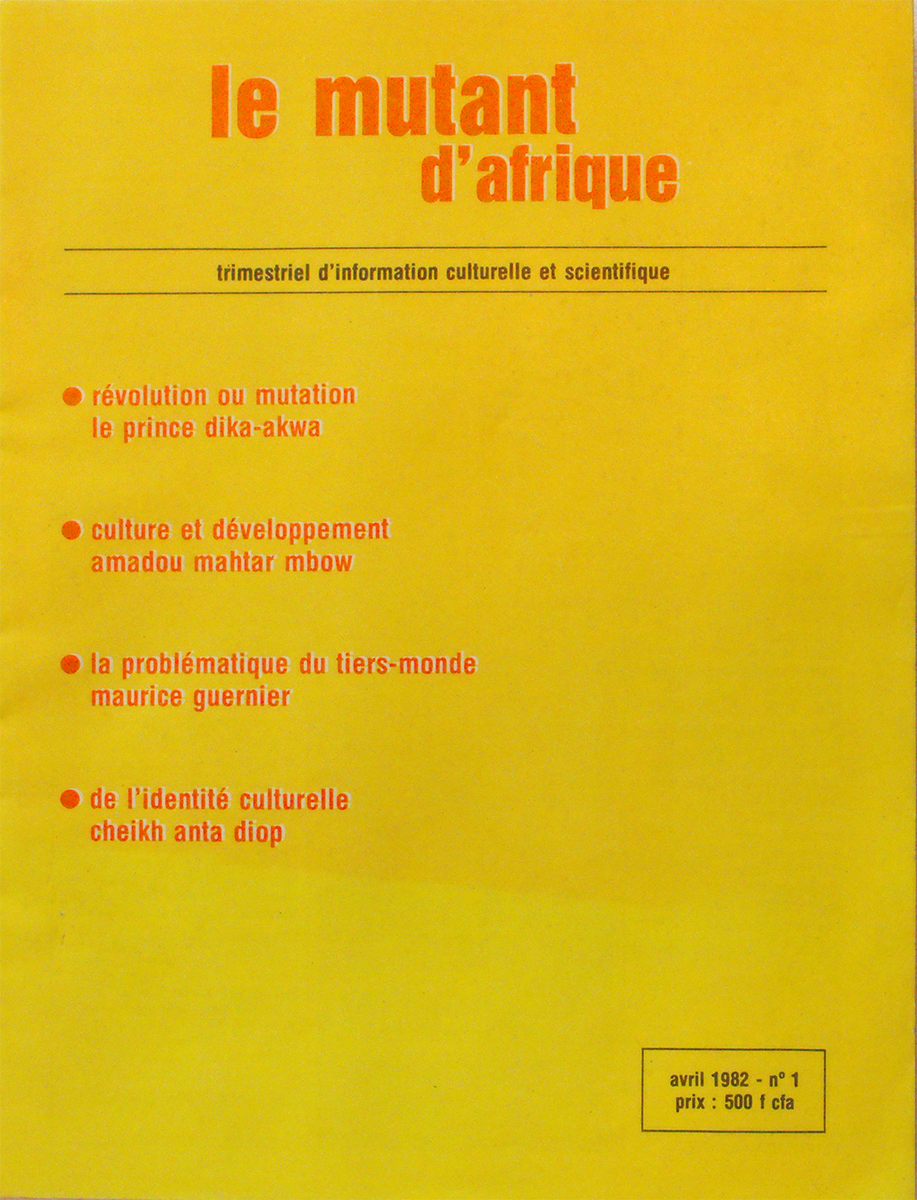 Le Mutant d’Afrique no. 1. Avril 1982. Courtesy The School of Mutants 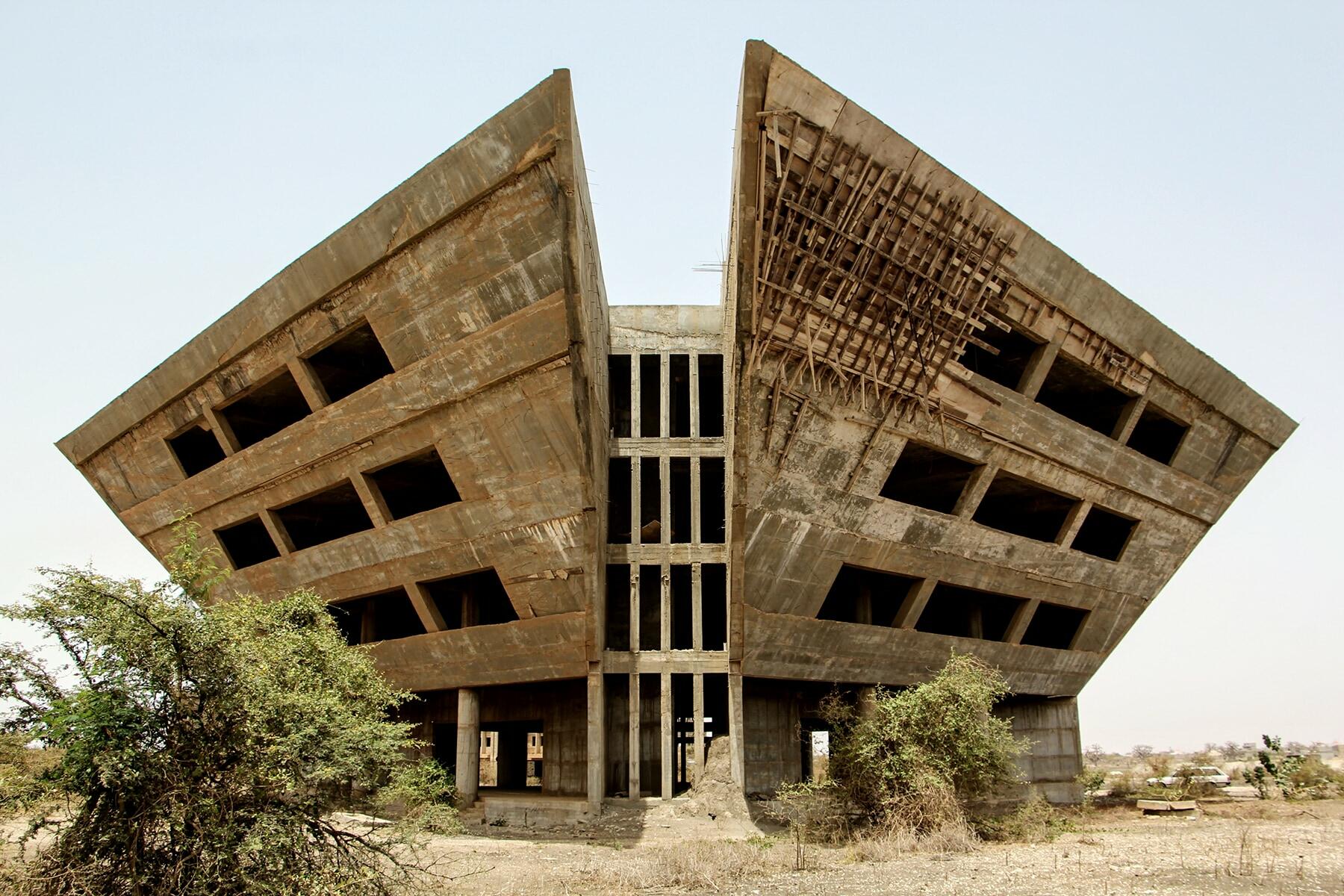 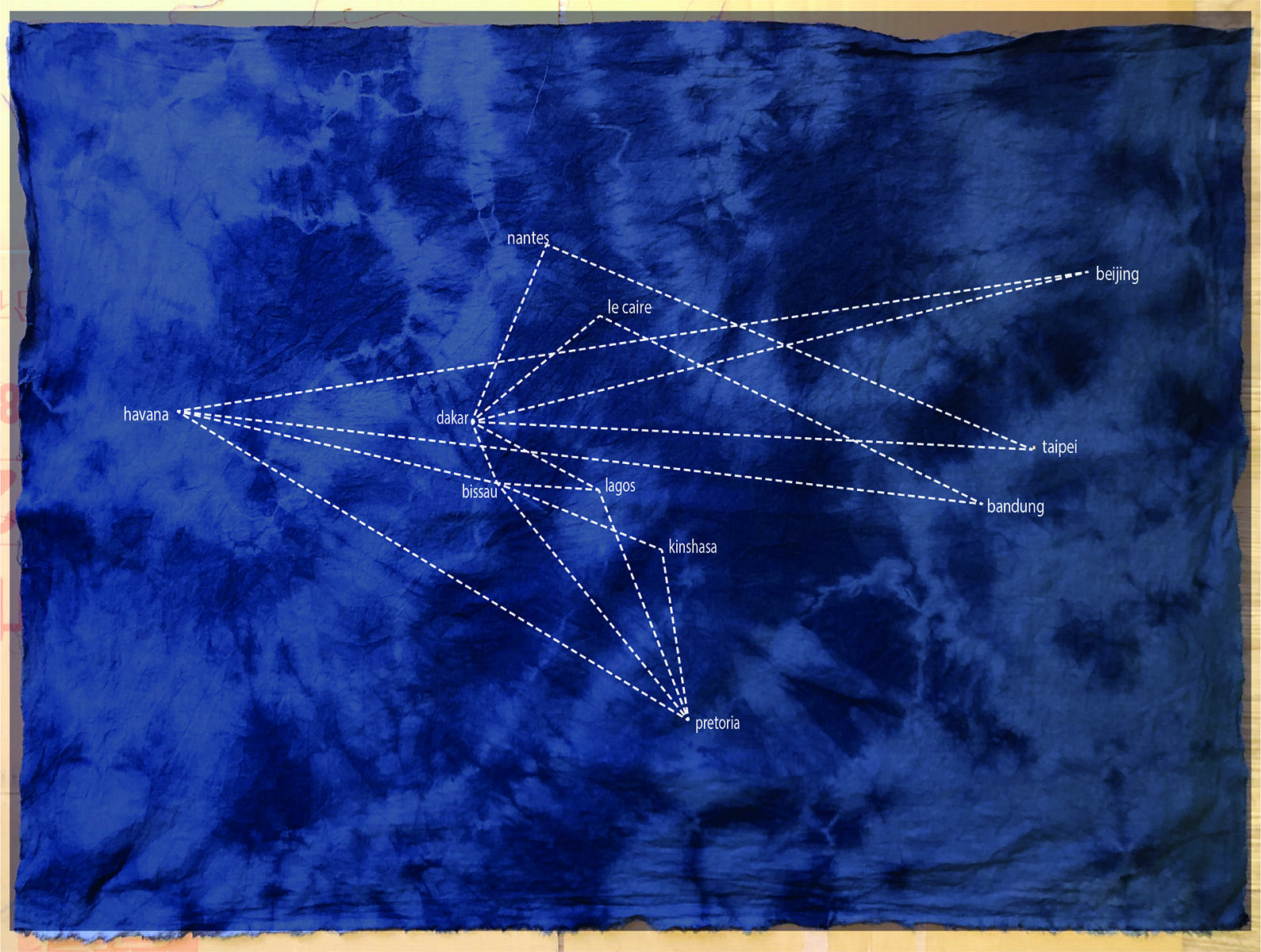 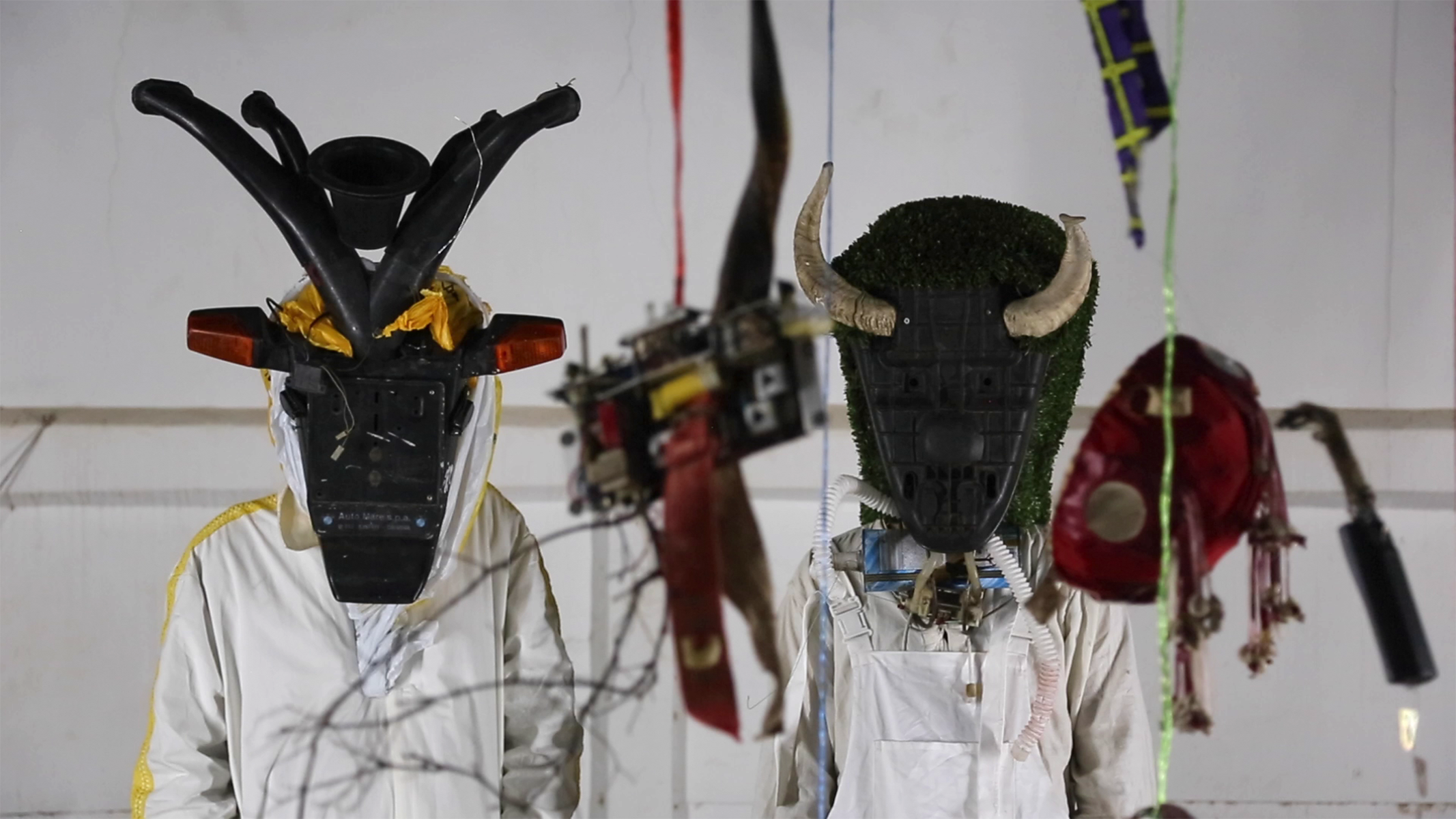 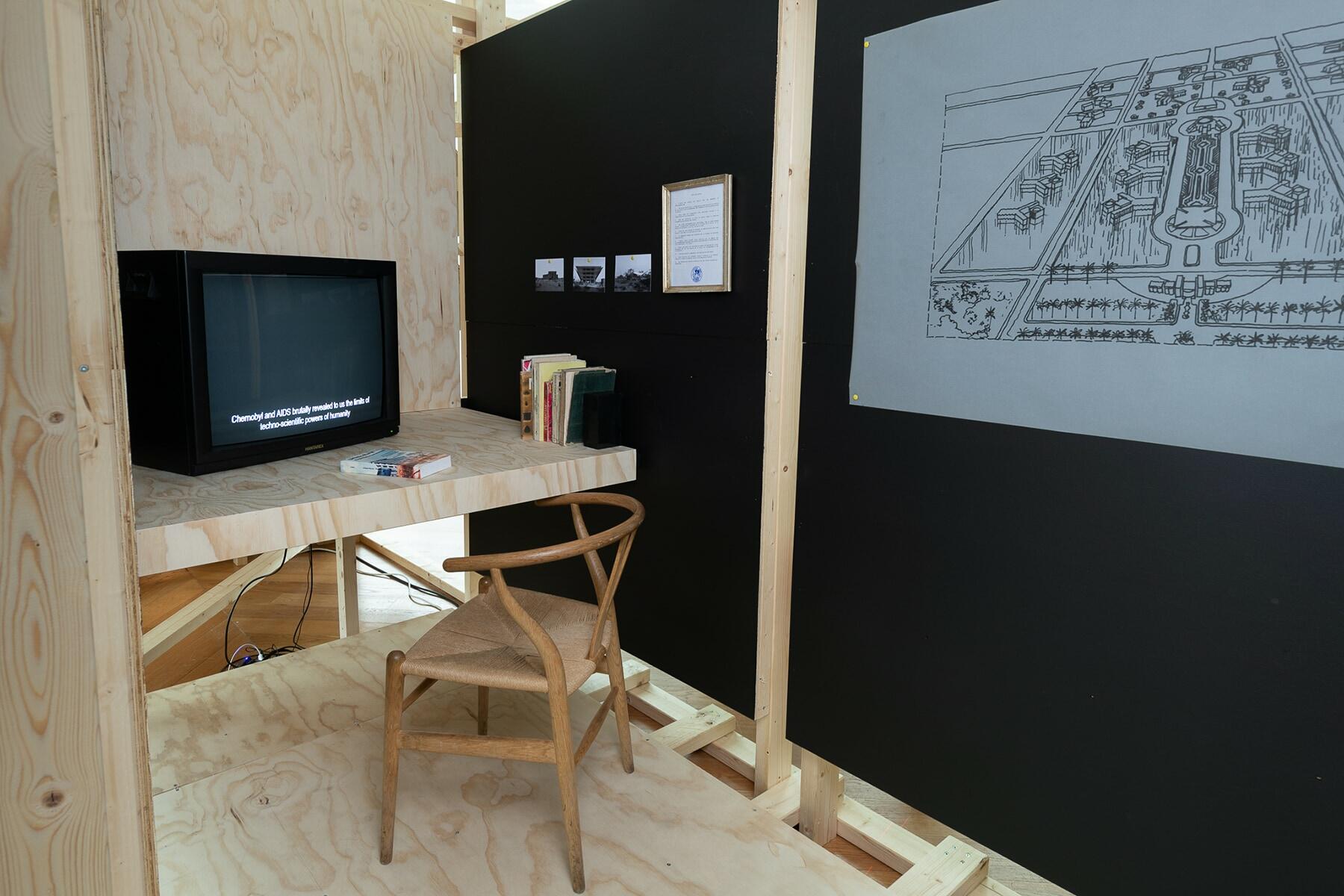 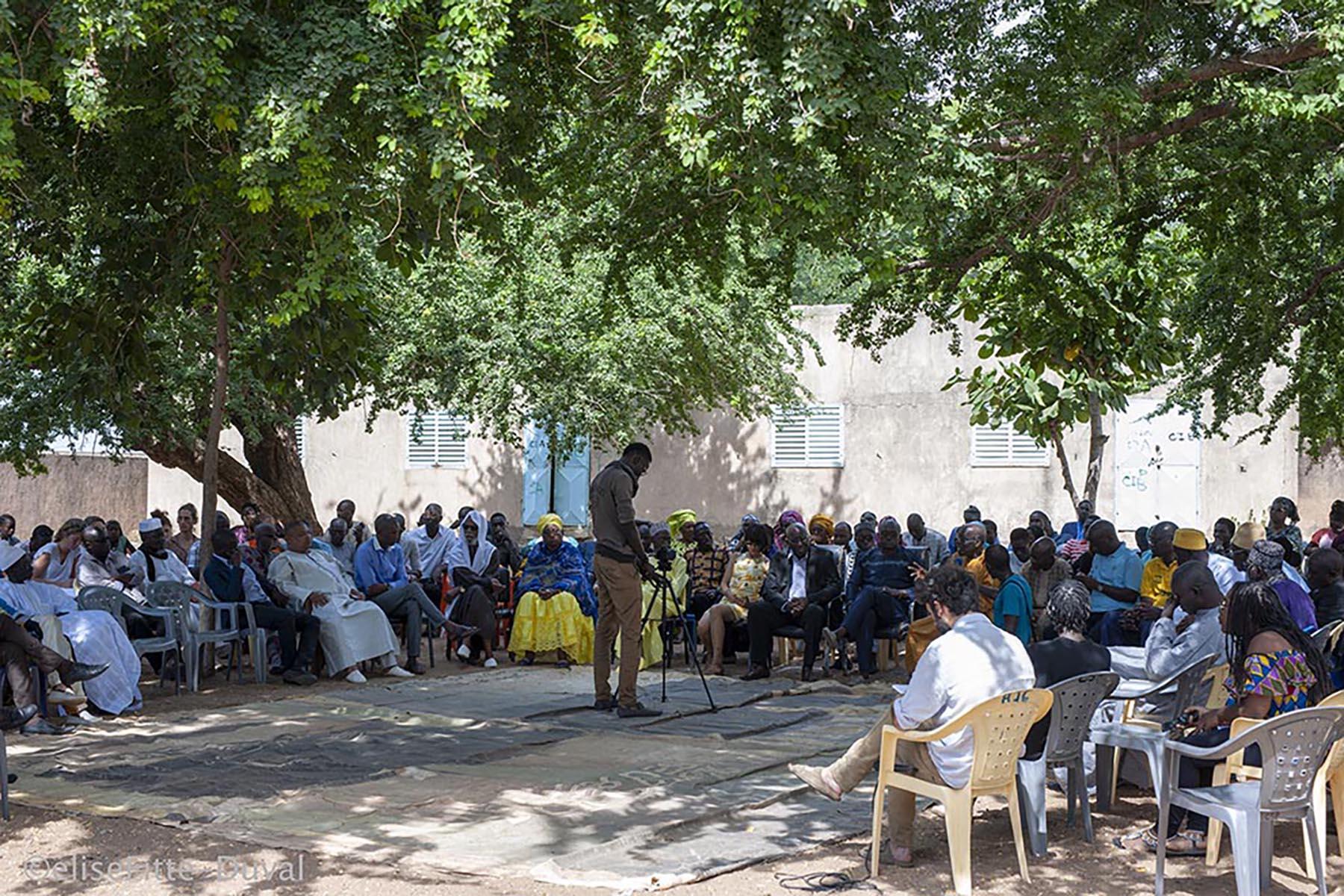 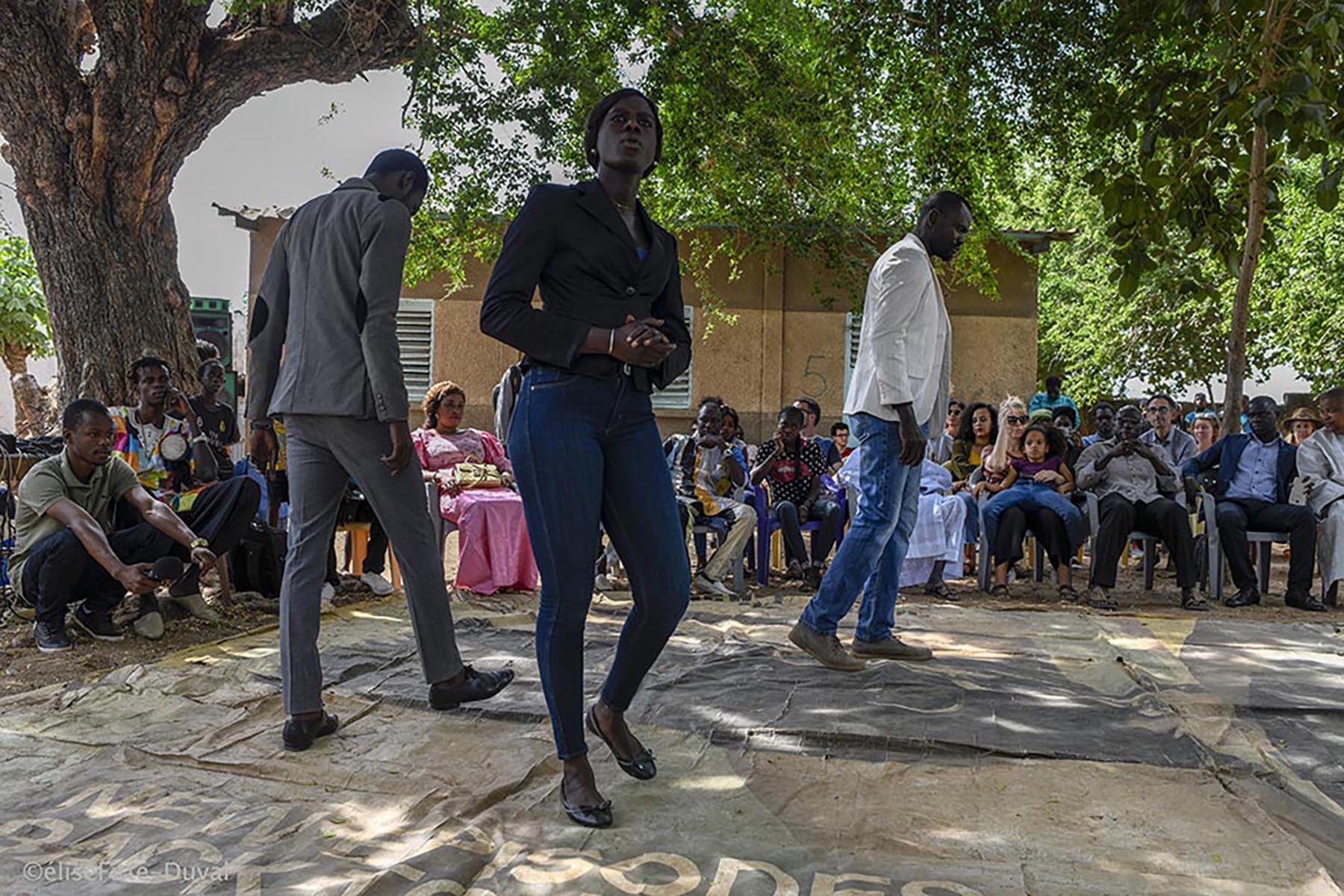 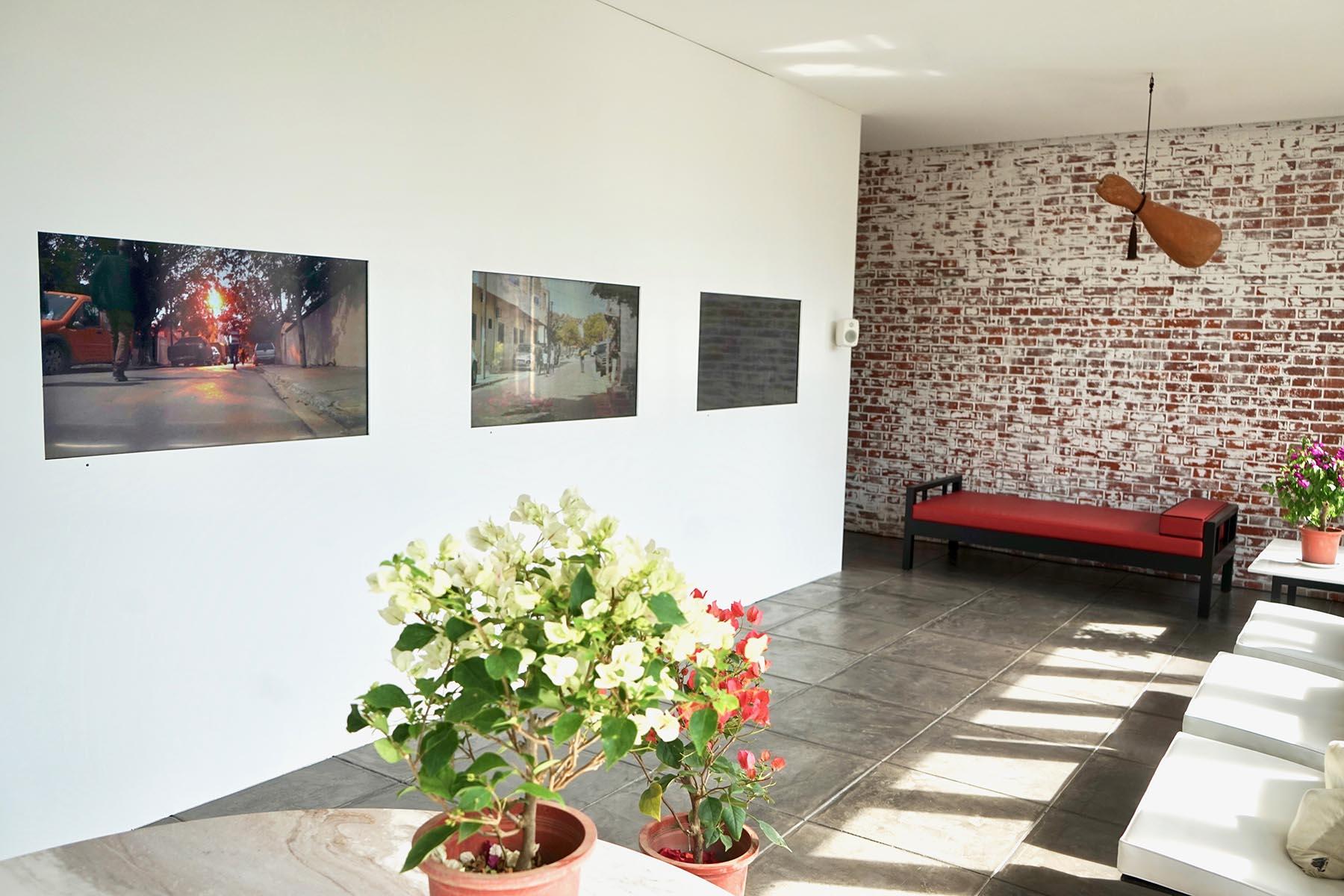 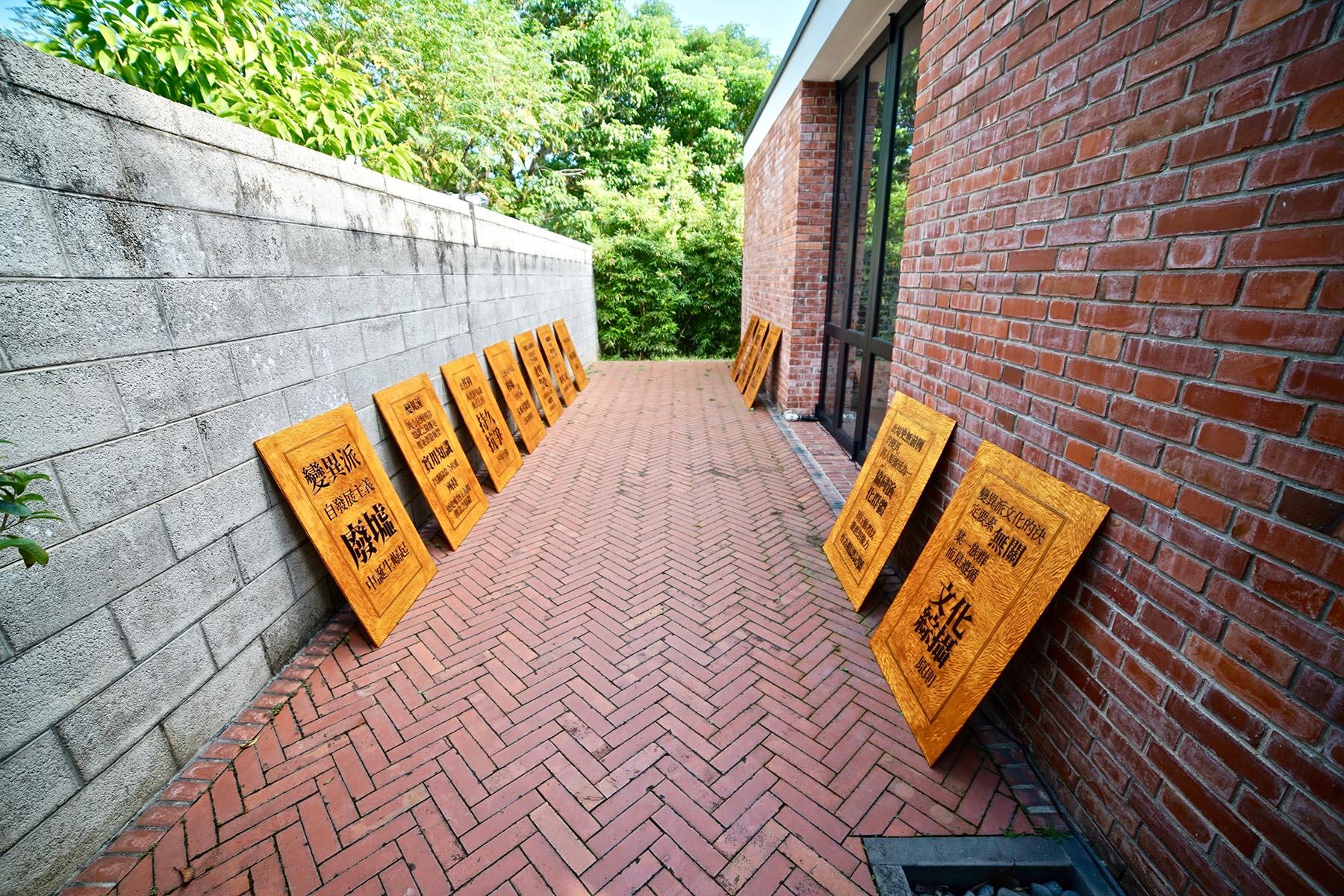 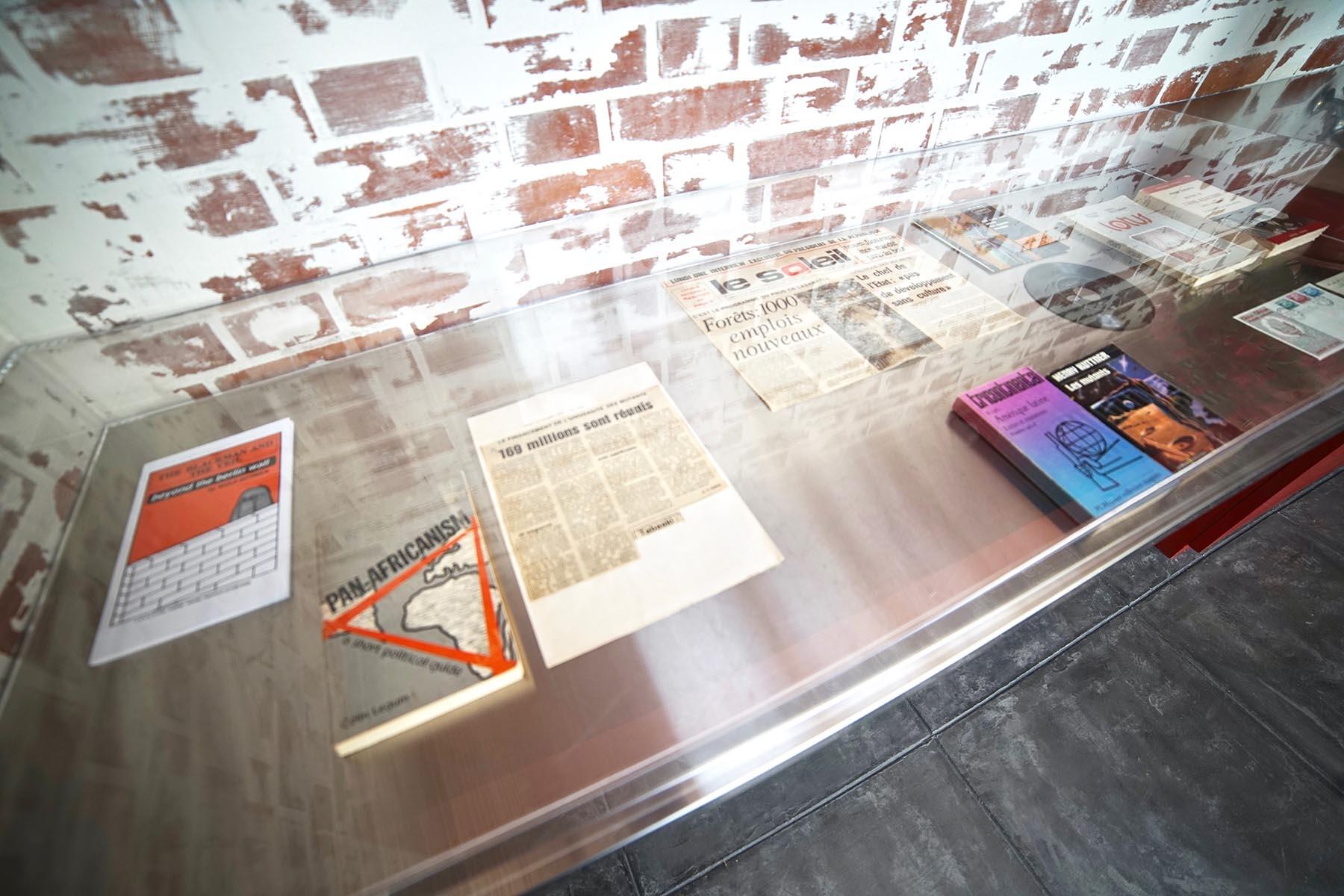 L'Ecole des Mutants is a collaborative art and research platform initiated in Dakar by artists Hamedine Kane and Stéphane Verlet-Bottéro, around the forgotten history of radical educational experiments in Senegal. The futuristic ruins of the University of the African Future, a pan-African academic utopia co-financed by many African states and Taiwan in the 1990s, stand abandoned in Sébikotane, a rural suburb of Dakar. Not far away are the remains of the colonial school William Ponty, where the first West and Central African independence fighters were trained. The Ponty School was moved from the island of Gorée to Sebikotane by the colonial regime in the late 1930s, in order to keep the students away from the centre of power and to curb their revolutionary and pan-African ambitions. In the late 1970s, Gorée also hosted the Université des Mutants, from which the project takes its name, another utopian school created by President L.S. Senghor that briefly welcomed scholars from all over the continent, Latin America and Asia, at a time when Southern solidarity was growing, from Afro-Asian solidarity to the non-aligned movement and the Tricontinental. At the same time, the Mudra Afrique contemporary African dance education project began at the Musée Dynamique in Dakar, giving rise decades later to Germaine Acogny's world-famous École des Sables. In the fields of Sébikotane, a new narrative of the future is being written to the rhythm of the city's neo-liberal expansion, with the construction of a new business district including a vast business school site currently on hold. The territory embodies both contrast and continuity between these ruins of utopias and the concreteization of the land in the name of the current policy of "emergence". L'Ecole des Mutants revisits and amplifies in a critical and artistic way these post-colonial academic experiences, witnesses of the little discussed role of education in the pan-Africanist and third-worldist movements. This re-examination of African futurism is based on surveys, fieldwork, public assemblies, archival research, writing, video creation and multimedia installations that speculate on alternative futures. This collective creative work involves artists, craftspeople, theorists and curators. The School of Mutants has been exhibited at various biennials and art centres around the world.

Since 2018, Hamedine Kane and Stéphane Verlet-Bottéro have been conducting fieldwork and archival research on the history of these projects, which crystallised great political promises, third-world solidarity and post-colonial disenchantment. From these materials, they have created a Charter of Mutants, exhibited in Wolof, Mandarin, French and English, which questions with irony and poetry the legacy of these multiple pan-African futurisms. Their video installation features a radio interview in a fictional and uncertain time, in which a 'mutant' inhabitant describes the state of ruin as the only way to break the cycle of political disillusionment. The brutalist spectre of the University of the Unfinished Future dialogues with an archipelago of places marked by the collapse of capitalist expansion, abandoned electoral building sites and other urban peripheries reinvested in the shadow of imperialism. In the middle of the fields of Diamniadio, the construction of a new business district and business schools sketches out a neoliberal narrative of the future, to the rhythm of the "Senegal Emergent" investment programme.