PARADISE ONLY LASTS A SEASON

The beginnings of Nicolas Verschaeve's approach took shape during a diploma project at the Ecole des Arts Déco de Paris (EnsAD) in 2017, conducted with textile designer Juliette Le Goff. On this occasion, he laid the groundwork for a design practice that extends from the object to the space, and that advocates a more sensitive interaction with living spaces. His work is built in dialogue and asserts itself as close as possible to the resources and places of production. This approach led in 2017 to the creation of a mobile design studio. A studio on four wheels that carries a clear desire: to engage the project by doing and to rethink the agreed patterns between research, design and production. During each Escale, his approach pays particular attention to embracing the historical, cultural, environmental and technical realities of the contexts apprehended in order to reflect their richness.

"Paradise only lasts a season" in partnership with Vives les groues, Nanterre.
Through the prism of migratory birds, we approached with the studio (ENSAD’s transdisciplinary laboratory format over the year) "Paradise only lasts a season" a little more poetically but not without seriousness the problems of transformation of environments, migrations and the evolution of habitats affecting all living things including humans. What do birds bring back from their wanderings? What can these successive journeys and moves tell us about the adaptability of a species to a changing environment? Our non-anthropocentric study reveals the variety and ingenuity of nests and nesting boxes developed by bird species during their migrations over distinct territories. Could urban architecture not be inspired by this and show more attention to singularities by establishing diversity as its fundamental component ? In this context, we propose not to build to shelter Man, but to explore other scales of Action, encouraging new relationships with the living. 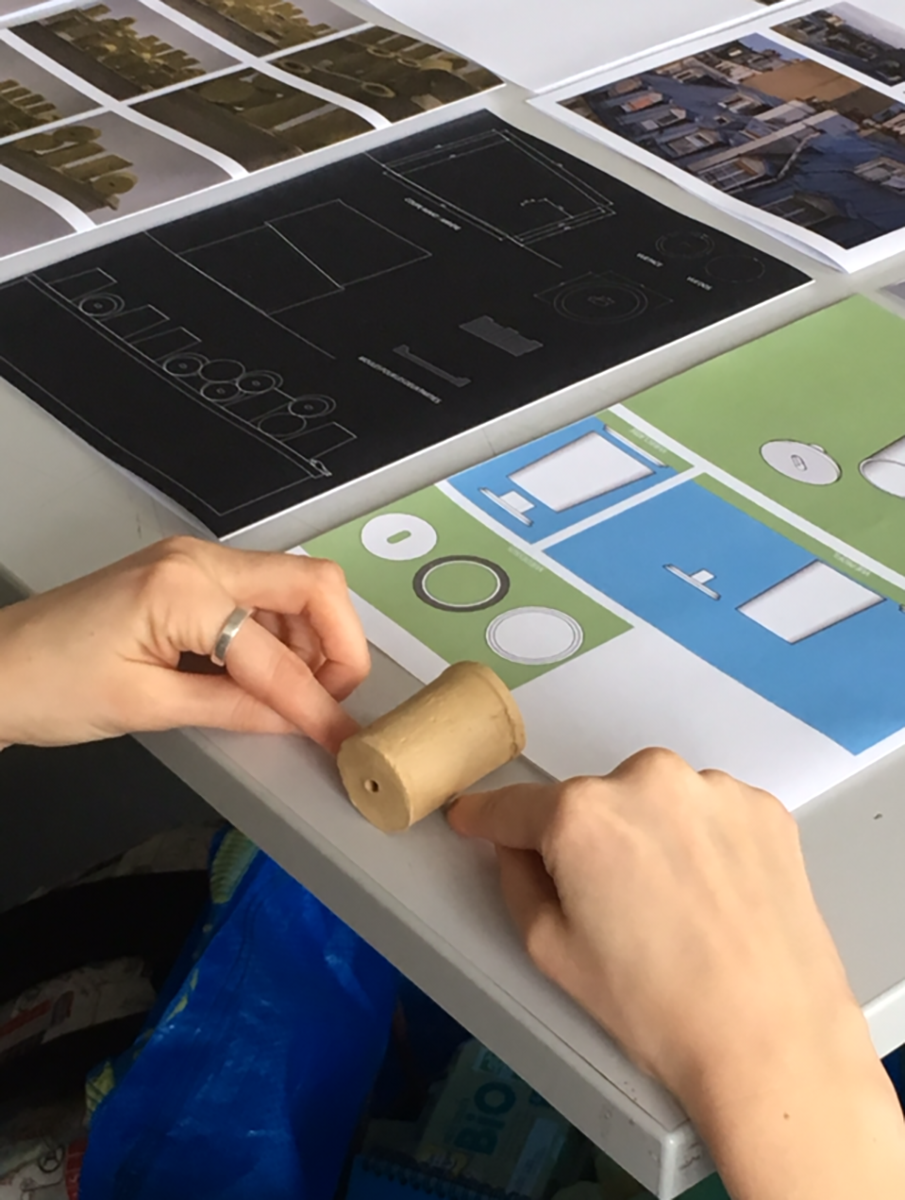 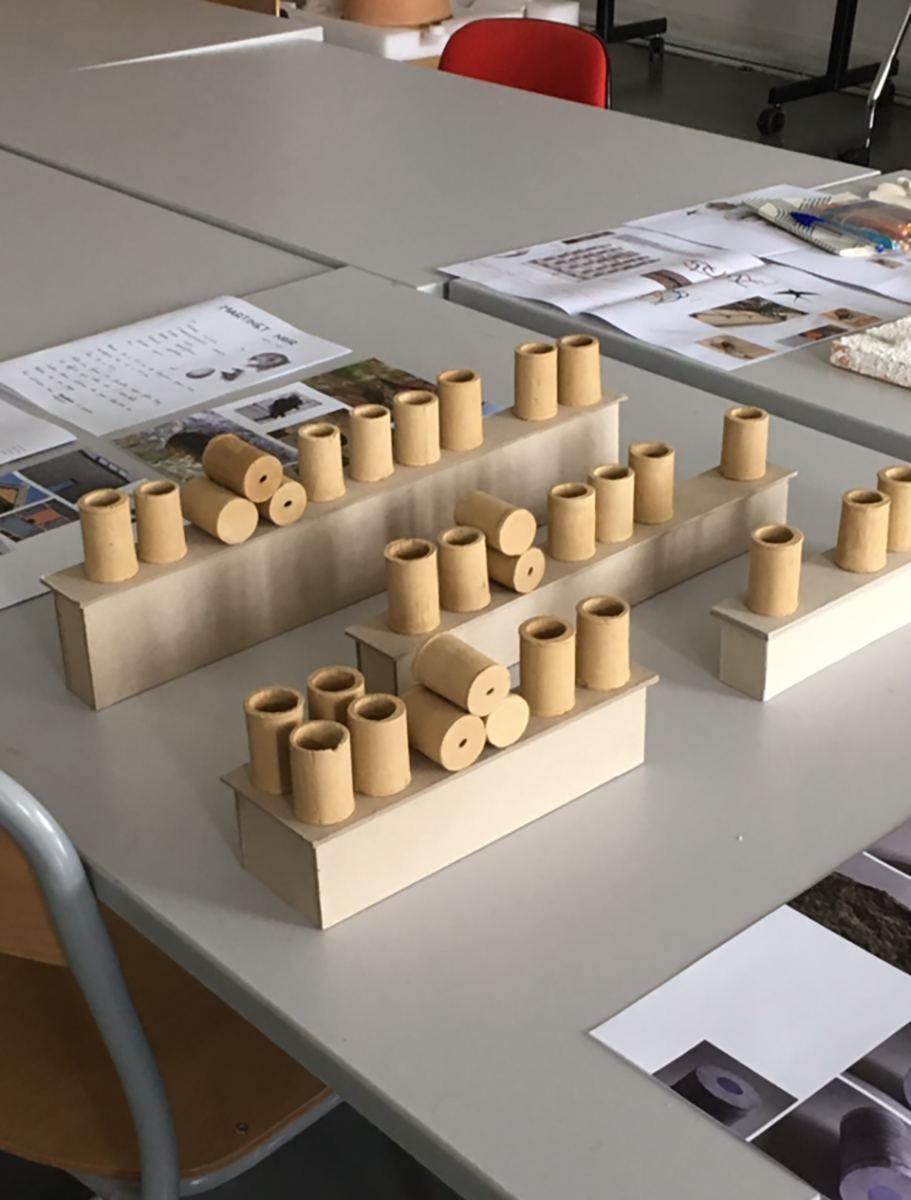 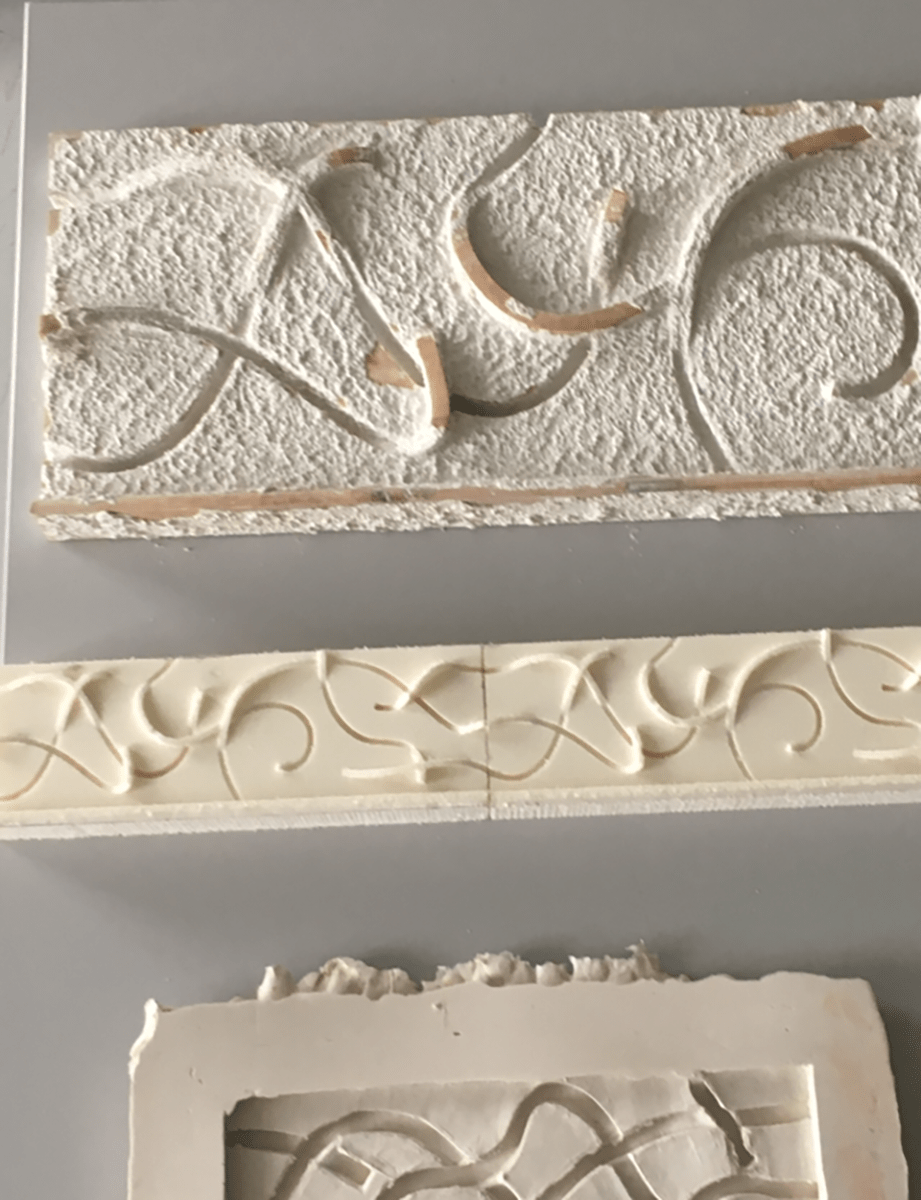 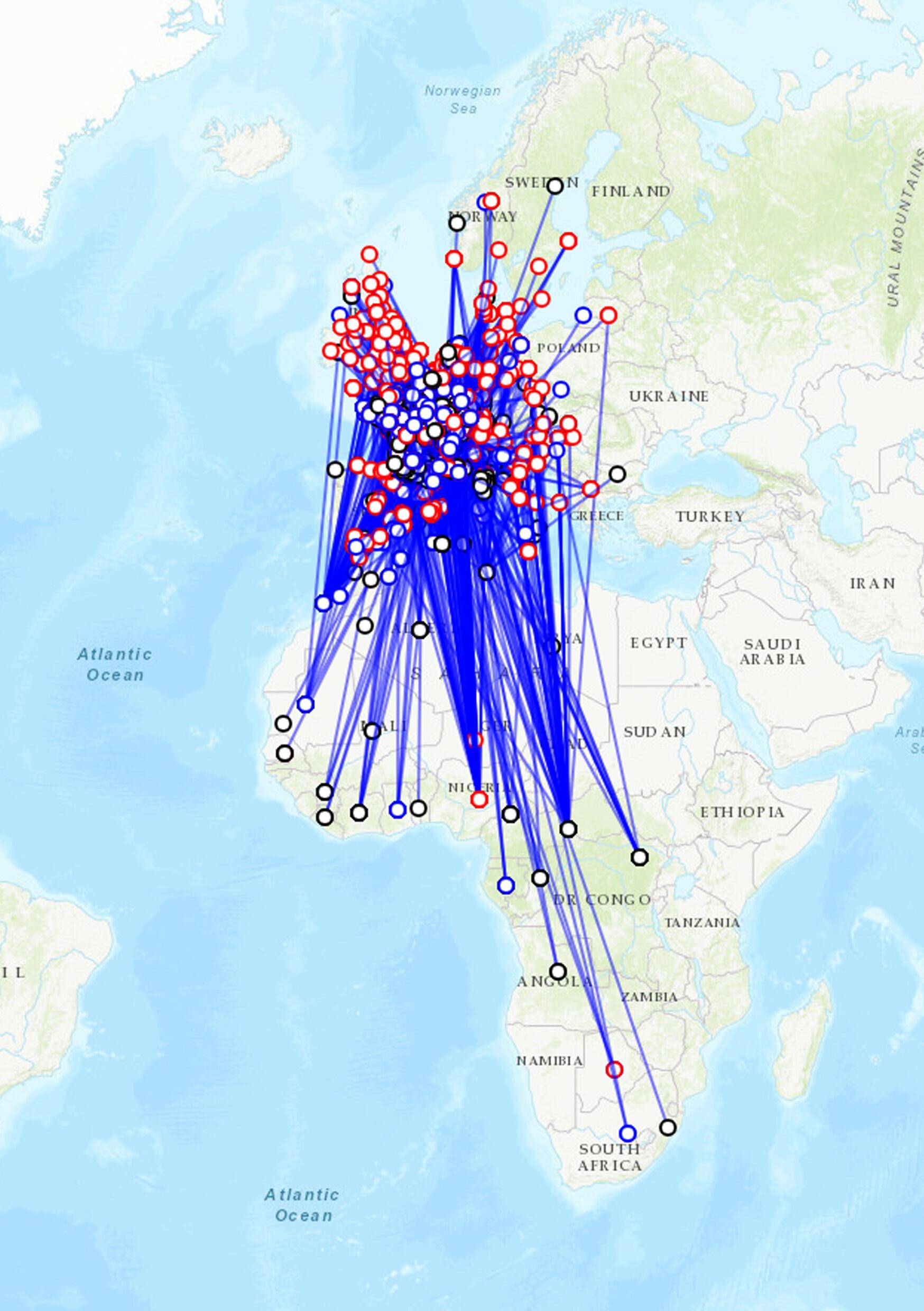 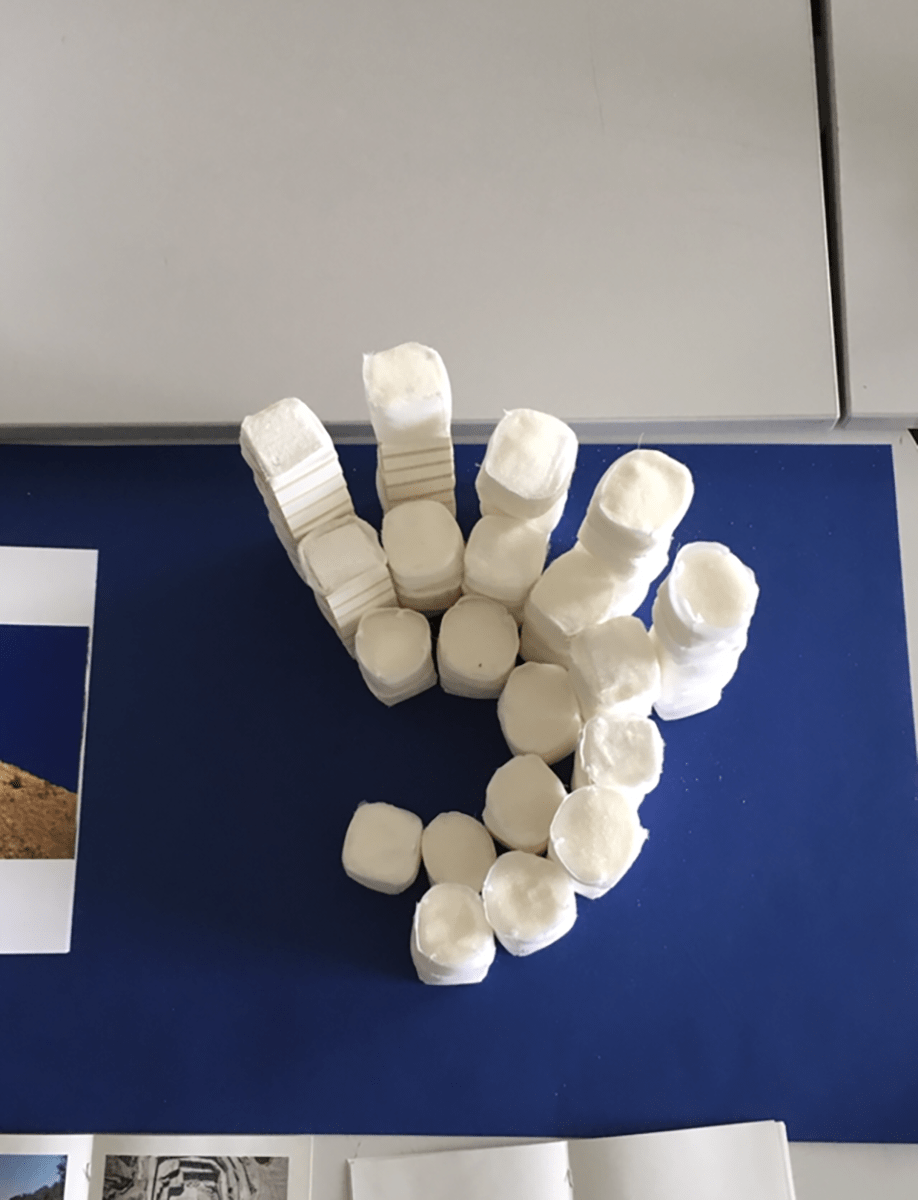 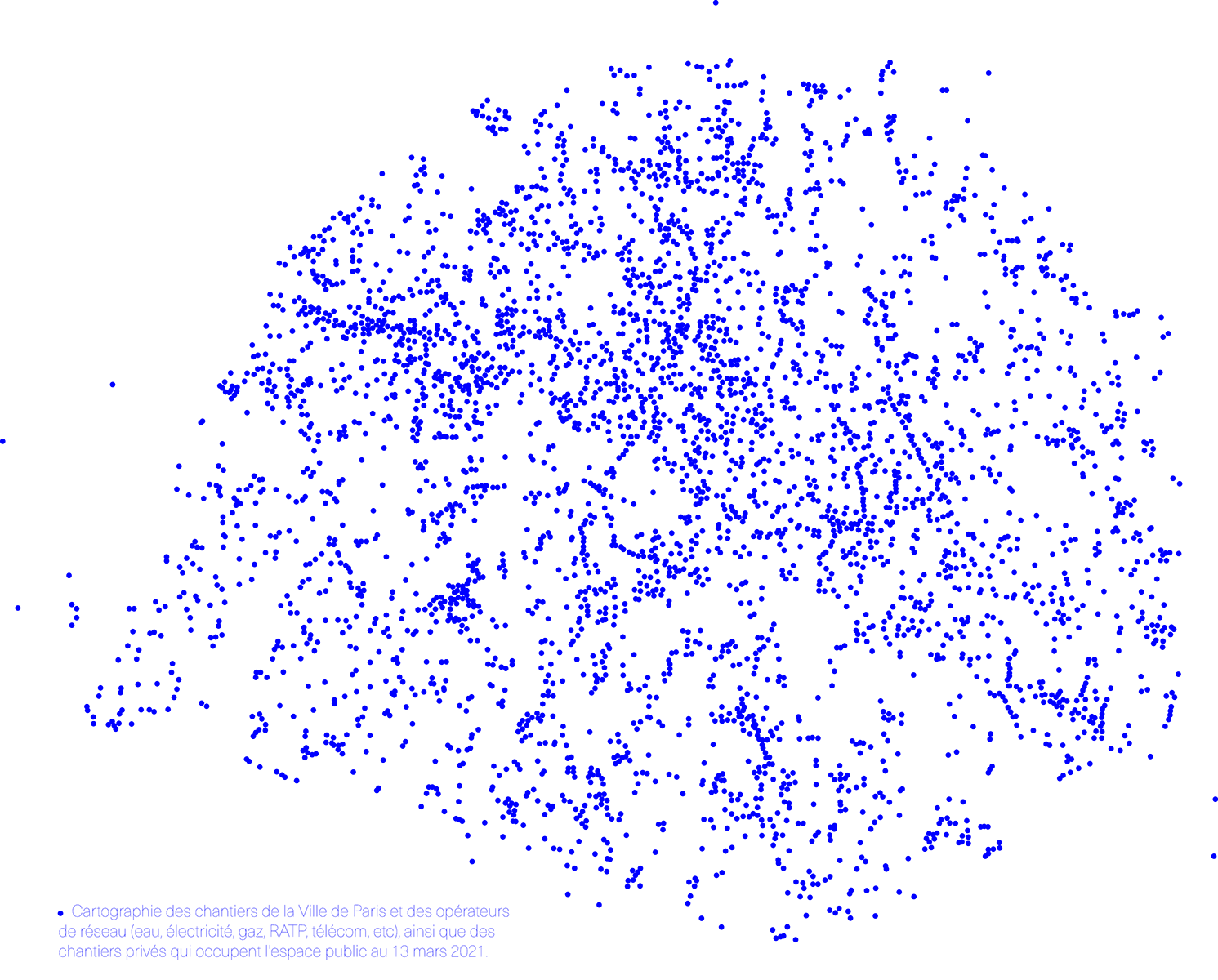 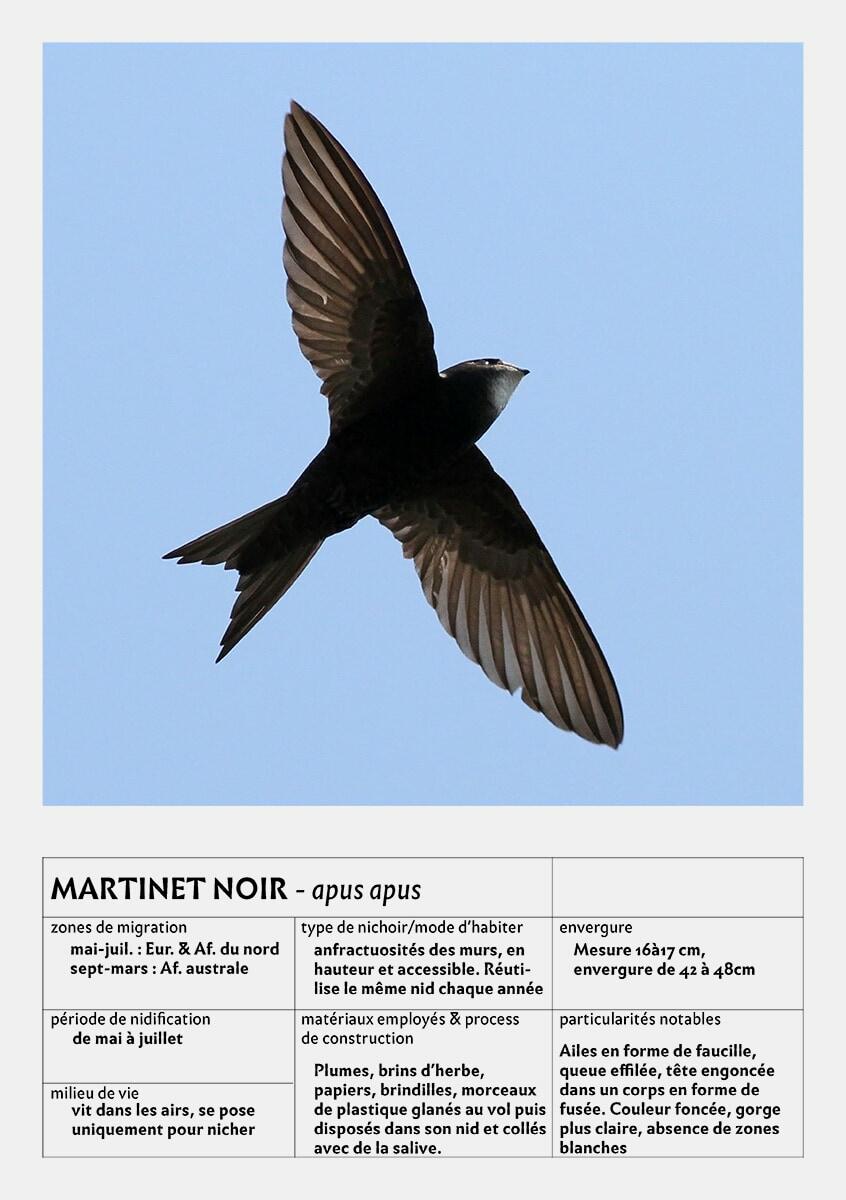 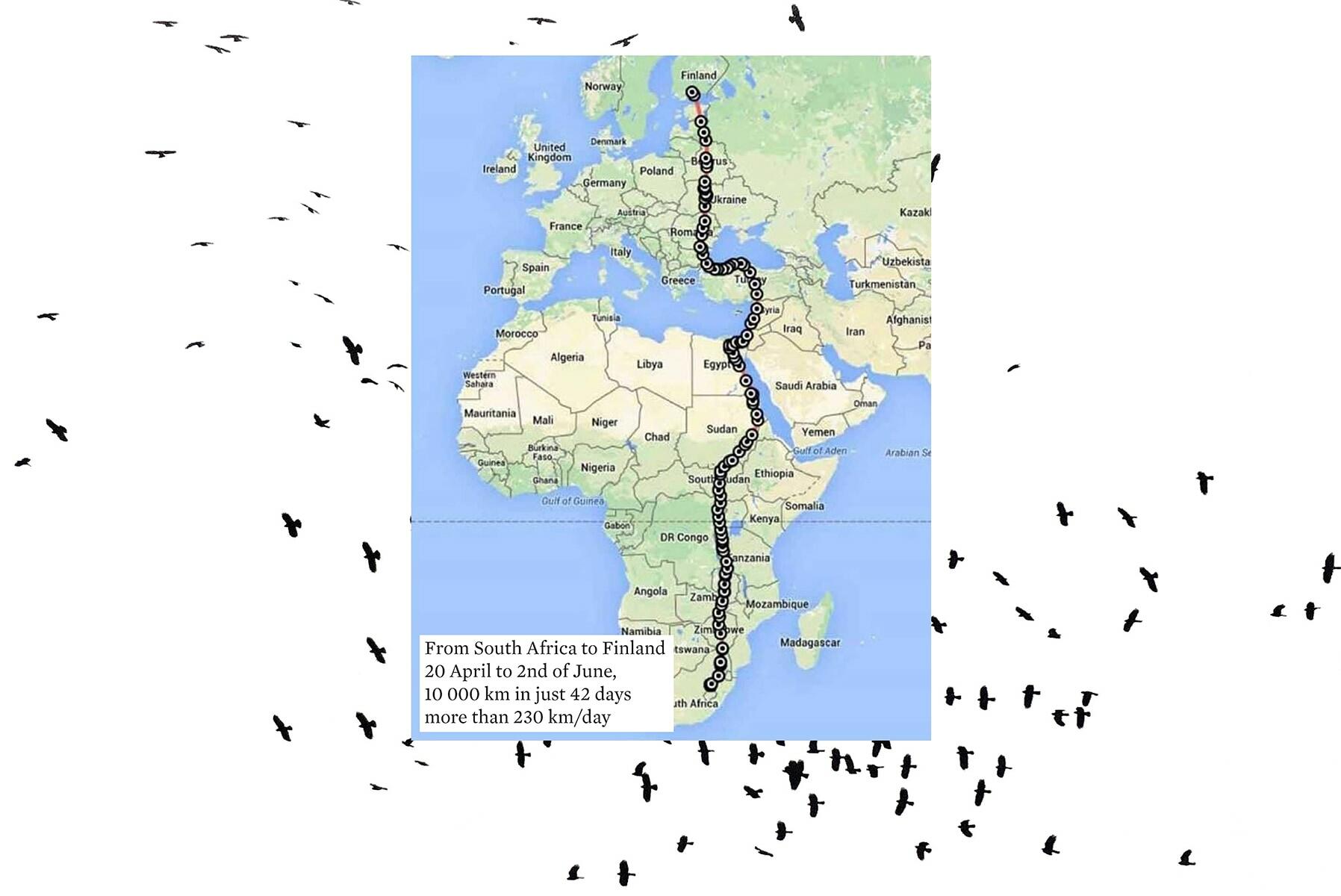 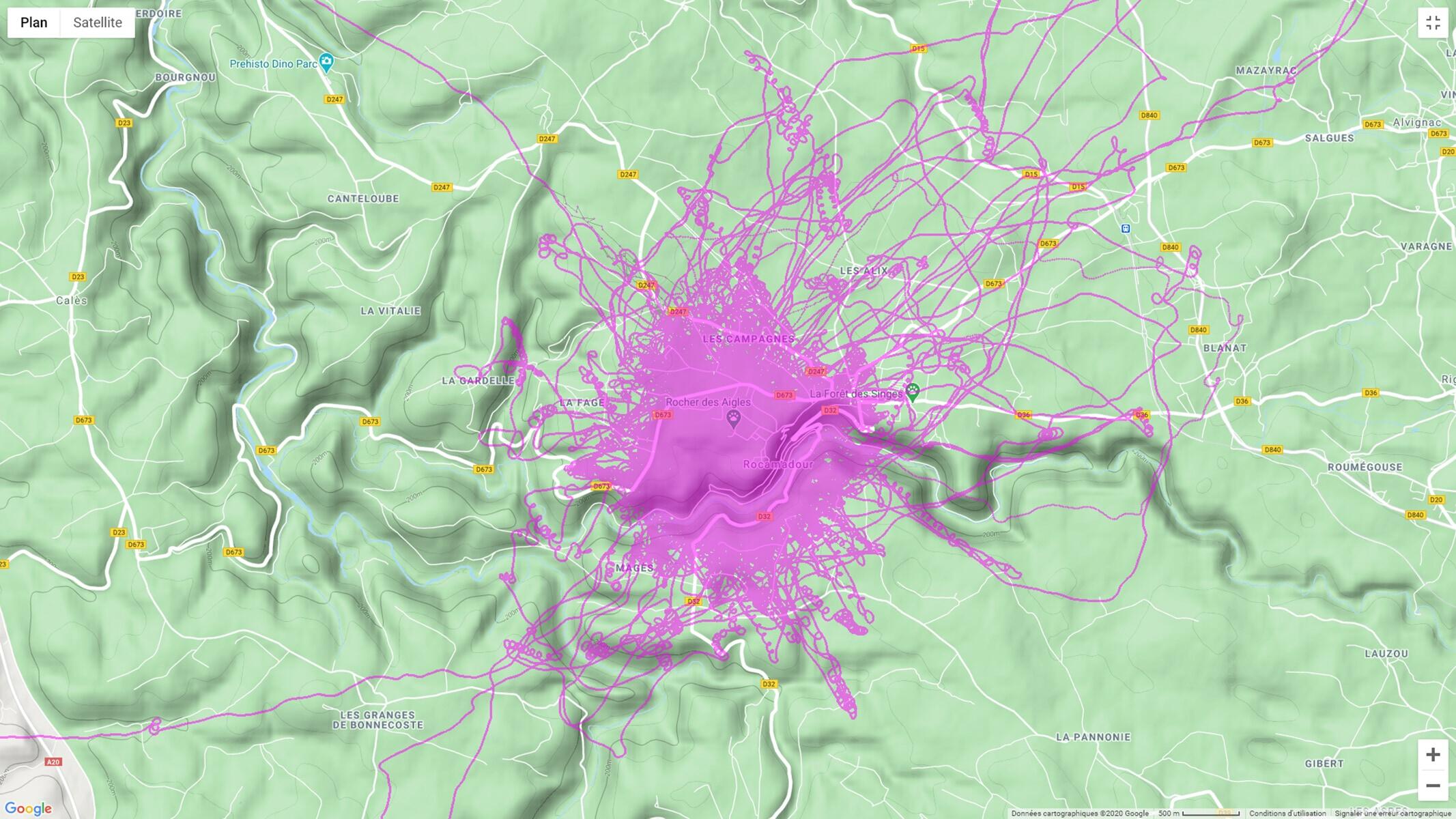 "In Europe, less than half of the birds that winter in Africa will return in the spring. Faced with such statistics, one cannot help but wonder: why do some fifty billion birds feel the need to migrate every year? In our imagination, the migration of our winged companions is synonymous with infinite freedom and formidable adventures [...] we realise that this is both true and false. One does not migrate for pleasure but out of necessity. The energy expended, the ingenuity displayed and the number of pitfalls that the birds have to face, rightly force our admiration ».
In the wake of migratory birds, Christian Moullec & Xavier Müller

Our non-anthropocentric study undeniably reveals questions that are parallel to the animal species and to our own, particularly with regard to the relationship with space and, more precisely, with the act of inhabiting. Birds and humans are both builders. Depending on the context, resources are simply arranged or follow a process of transformation to be woven, stacked, dug, intertwined and this in order to protect the body from the predations of the world. We do not live in the same way or in the same spaces in Alsace and in the Maghreb, in Mongolia or in the plains of the Andes. On the one hand, these different forms of living respond to the resources of the territory (materials) and the way in which they are used (processes). On the other hand, the variety of living space organisations that result from them reveal the climatic constraints, cultural constructions, political and social contingencies as well as the specific habits and customs of each people and their environment. Beyond the primary function of shelter, the habitat constitutes a close link to our individual identities, to our life paths. In a reciprocal relationship, we transform the space as much as it transforms us. This world within the world is filled with the things, beings, stories and values that we preserve, it says something about who and what we are. But what room is left for us to participate in the construction of our spaces? Where, in the city, there is a lack of space? In this urban context, we propose not to build to shelter Man, but to favour his relations with the living in an environment that is impoverished in this respect.

Common space
Paradoxically, the diversity of these ways of living appears little in the built landscape of contemporary cities, which are in essence places of diversity and cultural encounters from all horizons. Housing programmes show standardised and normalised spaces, symbols of a modernity that we wish to question. Could architecture not show more attention to the singularities that challenge individuals? Can it offer its occupants the means to project their identities into the space they occupy, to establish diversity as a necessary component of the programme? To make architecture, to make one's own place, as opposed to living in spaces built by others, would this not be a good way to go?

Project
In response to these questions, each student took an interest in a bird that is present in the Ile de France region and migrates for part of the year to other territories. This research time was an opportunity to define the context in which each species evolves, to identify the obstacles present on its migratory route, to study its destination as well as its building habits and its needs in terms of environment and habitat. What do birds bring back from their wanderings? What can these successive journeys and relocations tell us about the adaptability of a species to a changing environment? How can we provide birds with places and times of respite? Would it make sense to build sustainably for species that are constantly on the move? And what if these reconstructions of living spaces season after season prefigured future modes of living that are necessarily more flexible, resilient and reactive to change, for our own species?

The building practices of different bird species can be compared to vernacular architecture around the world. These buildings, which Bernard Rudofsky describes as "architecture without an architect", make systematic use of the resources available in the environment, and of construction methods developed in response to the properties of local materials; principles that are similar between humans and animals. The cross-study of these birds nests and human vernacular constructions raises the question of autonomy. By paying attention to the birds, we can ask ourselves if the reconstruction of their habitat season after season is not also an opportunity to improve the nest, to adapt it to variations in location, climate and predators. But above all, wouldn't this repeated reconstruction be the guarantee of a transmission of knowledge and know-how to future generations? So, is it relevant to build for others, other people, but also other species?

The students found several answers to this question depending on the species studied.
Thus Adélia Bellier proposes to revisit the decorative bas-reliefs present on the façades of houses. These moulded decorations, which are aesthetically pleasing to humans, also take on a functional dimension for the swallow in her project. The decorative motif conceals a set of attachment points and starters that allow the swallows to easily build their nests in an urban environment. It is indeed essential for this species to give it the honour of building its nest, which is what distinguishes it socially, rather than offering it a completed habitat.